Profiles in our quarterly Trial Briefs magazine feature members at varying stages of their careers. Know an NCAJ member we should profile? Email me at [email protected].

Reid Acree was a self-described “very unhappy insurance defense attorney” on his way to a mediation one day, when a conversion moment set him on the path to becoming a plaintiff’s lawyer.

“I truly had a ‘burning bush’ moment in the elevator of my building while heading to a mediation. Also present in the elevator were the plaintiff, whom I would soon be going against, the plaintiff’s elderly mother and the plaintiff’s 5-year-old son. (I did not know who they were at the time). I bent down to say hello, and the little boy would not look at me. The father, a tall Black man who sounded a lot like the actor Danny Glover, looked at his son and said: ‘Son, when someone is speaking to you, look them in the eye and shake their hand.’ When the family walked into my office with me, I realized that I would soon be going against this kind man, who had treated me with such respect. I thought to myself: ‘I can’t do this anymore – screwing nice folks out of benefits.’ (The plaintiff was going to lose his leg due to a botched hernia surgery that had cut his femoral vein). I thought to myself that if I died tomorrow, no one would ever care that I had practiced law. I realized that I would not have made a difference in anyone’s life. I was raised to support the ‘little guy’ and those who had not always been treated fairly. I decided at that moment to change to a plaintiff’s practice.”

Is there a case that stands out as particularly memorable, one that made you feel proud to practice law?

Yes. When I first open my firm in 2003, a lady walked in the door with a $900 offer on the table. She had a 3% permanent partial disability rating to her spine and was only earning $120 a week, which meant her “comp rate” was very low. She had injured her back while working as a custodian at Wal-Mart. It had been recommended that she undergo a cervical fusion but she was deathly afraid because she had been in a coma as a small child, due to anesthesia. She told me that when working light-duty as a Wal-Mart greeter, the company would not allow her to go to the bathroom during a five-hour shift. Well, one Saturday morning, I looked in the newspaper and noticed that Wal-Mart had been sued in the state of Pennsylvania for not allowing individuals to take restroom breaks. The entire class of individuals had recovered $17 million. So, I cut that article out of the paper, determined the costs of a cervical fusion and submitted a demand to the adjuster for $90,000. The adjuster called me later that day and offered $85,000. That settlement enabled the lady to move out of her car, where she had been living in the woods, and into an apartment. That settlement changed her life. A few years later, she asked me to represent her regarding her Social Security disability claim.

Was there a someone in your life who inspired you to pursue a career in the law?

Yes, my mother. She had a keen sense of right and wrong and interestingly, we argued a lot, so I think I learned how to do it at an early age.

What career accomplishments are you most proud of?

Being able to help injured workers who may not have gotten much of a fair shake in life. Helping to restore their dignity and financial stability. Helping them to understand that just because they don’t have “book smarts,” does not mean they aren’t worthy of respect.

One of your personal mottos involves the “grocery store test.” What is this test and how did you come up with it?

Actually, I call it “the Wal-Mart test” but my wife made me change it. It came about one evening when I was shopping at our local Wal-Mart. I recognized a former client and his wife. I had to think for a minute about whom they were and whether they would come toward me. We both gravitated toward each other and said kind words. It dawned on me at that moment that if a client saw me in Wal-Mart, would they come toward me or go the other way? Obviously, if they came toward me, it would be because I had treated them fairly and had done a good job for them. (I also thought—would I go toward every former client or would I walk the other way?) I think that’s a good way to live — having folks come toward you because they remember that you did a good job for them and treated them fairly. Interestingly, I ended up representing that client in five separate workers’ compensation claims and two Social Security disability claims spanning some 15 years. That person is now disabled as a result of a serious work–related injury that resulted in partial paralysis. That person considers me as part of his family and tells me he loves me. I say the same thing back to him because I do.

What advice would you give a lawyer who just passed the bar this year?

Find someone whom you admire and ask them to serve as a mentor. Find someone with integrity who cares for others and not just interested in the fancy trappings of a nice office in a fancy city. I have learned that there are a lot of really good lawyers in smaller communities.

How does your membership in NCAJ make you a better lawyer or support your practice of the law?

Oh gosh, I couldn’t do what I do for a living without relying on the guidance of my fellow practitioners on the workers’ comp. ListServe, the Social Security ListServe and the personal injury ListServe. There is always someone there to help me when I need them. I have never failed to get a response when I have asked someone for help.

Describe the perfect day off.

It is at the Isle of Palms, South Carolina. I get up, drink coffee and hang out with two of our three dogs. (The third stays back home in North Carolina). I get on my road bike around 11:00 am and spend the rest of the day riding through the Isle of Palms, Sullivan’s island, Old Mount Pleasant and over the Ravenel bridge into Charleston. I ride from coffee shop to bookstore, arriving back home around 4:00 PM, having completed about 60 miles. My wife is coming off the beach, I walk the dogs and we get to have dinner together. 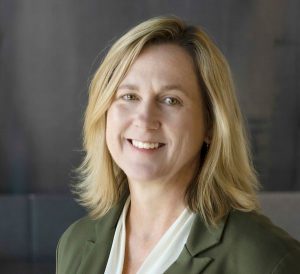