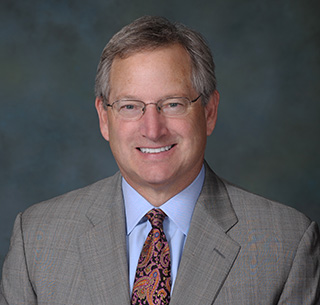 Mr. Acree is a board-certified specialist in workers’ compensation law. Over 90% of his practice involves handling work-related injuries and occupational diseases such as asbestosis, lung cancer and mesothelioma.  He has been practicing law for over 30 years. He is dedicated to representing injured and sick workers that have not necessarily been treated fairly by their employers and the insurance carriers.  His experience lends itself to providing compassionate, effective representation.

Mr. Acree was born near Raleigh, North Carolina but grew up in the Roanoke Valley of Virginia.  He attended Wake Forest University and graduated cum laude in 1982 with a degree in economics.  (As it turned out, an economics major is great preparation for explaining complex legal matters through a “cost/benefit” analysis).  Mr. Acree played football as a walk-on offensive guard during his freshman year. When he did not play after his freshman year, he obtained numerous jobs, working as much as 35 hours per week while taking a full course load.  Upon graduating in four years, he was admitted to law school at Wake Forest.  However, he chose to work for a while and returned to Wake Forest School of Law four years later. He graduated from Wake Forest School of Law in 1989. While there, he was an elected member of the Law Review, Moot Court Board and the Honor Council.

After graduating from law school, Mr. Acree worked in Atlanta and Raleigh, primarily in the areas of products liability defense, workers’ compensation defense and management employment law.  About 10 years into his defense practice, Mr. Acree had a complete change of heart and began to ONLY represent injured workers. Specifically, he was representing an insurance carrier in an unfortunate case where the injured worker would likely lose his leg.  He saved the insurance company a lot of money at mediation but a brief pre-mediation encounter with the claimant changed his life.  While on the way to the mediation area, Mr. Acree said hello to the claimant’s five -year old son.  The little boy would not speak to him.  The claimant bent down and told his son: “when someone is speaking to you, you need to look them in the eye and say hello.” Mr. Acree realized that that was the same man that he would later “defeat” in mediation.  He decided from that point forward, he could not represent large insurance carriers and employers, lest his legal career would never make a difference to people.  He soon changed to a plaintiff’s practice where he has been professionally and spiritually fulfilled ever since. Mr. Acree believes that he can make a real difference in the lives of folks who are hurting.

As the frequency of asbestos-disease claims have waned, more of Mr. Acree’s practice has involved work – related injuries.  Now, about 50% of his caseload involves injury – related claims.  Such examples include injuries to the spine, arms, fingers, shoulders, hips, legs, knees and feet.  Some examples of his successes include:

As Mr. Acree has become more experienced, more and more cases tend to settle in mediation.  However, if it is not in the best interest of the claimant to settle the case, Mr. Acree has no problem going to court. He has approximately 110 reported decisions at the North Carolina Industrial Commission and North Carolina Court of Appeals.

Mr.  Acree is certified by the State Bar’s Dispute Resolution Commission as a superior court mediator.  He is frequently called on to help the parties resolve complex claims including those for occupational disease.  His experience as both a defense attorney and a plaintiff’s attorney is invaluable in communicating with “both sides.”

How Can We Help?